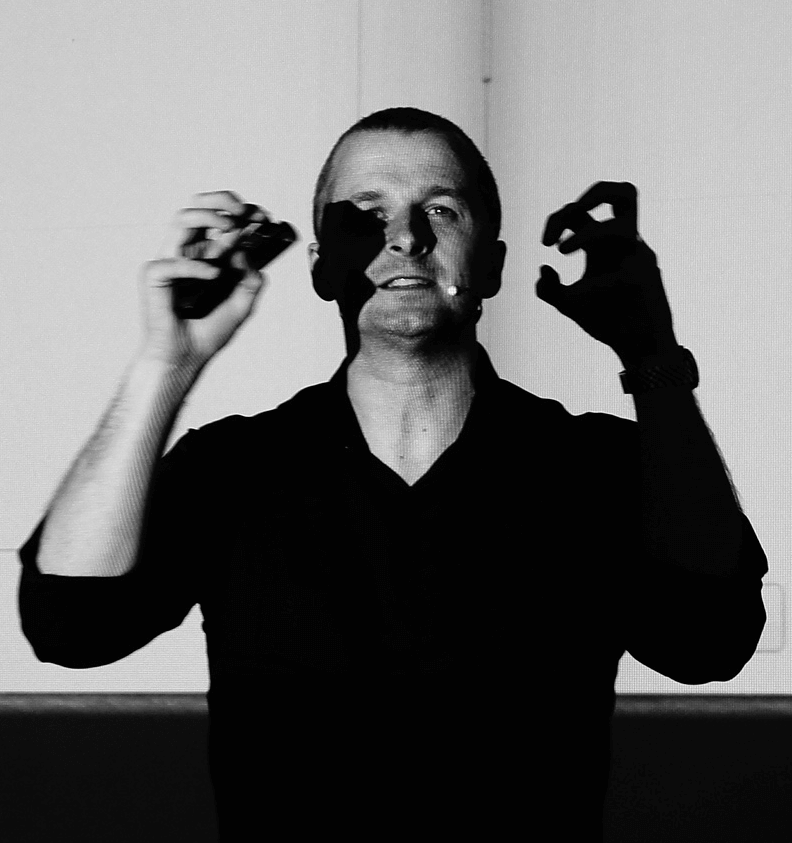 I'm a member of the International Society of Typographic Designers; author of Designing for the Web and Web Standards Creativity.

I ran a design studio called Mark Boulton Design. During my time running Mark Boulton Design, I worked with global media companies such as ESPN and Al Jazeera; small brands with big stories like Hiut Denim; technology organisations such as Drupal and Alfresco; oh, and CERN, that place in Switzerland that invented the web and discovered the Higgs Boson.

I can be found speaking at conferences all over the place on topics such as design systems, graphic design on the web, and design leadership. I’ve spoken at South by South West, An Event Apart, Do Lectures, Web Directions South. If you'd like me to speak at your conference, please let me know.
Prior to running my own studio, I was previously lead designer at the BBC in Wales following several years working in agencies in London, Sydney and Manchester, UK. Designing websites and applications with clients such as British Airways, T-Mobile, Toyota, Vodafone and Commonwealth Bank.

A bit more about Mark ¶

When I first went freelance in 2005, I announced I was writing a book based on my Five Simple Steps series of blog posts. Of course, I didn't write one for years following that announcement because: 1. Writing books is very difficult, and, 2. I was starting and growing a business at the time. Previously I'd written a chapter in Designing with Web Standards. I'd decided to self-publish my own book because – at the time – tech publishing books were designed to maximise profit for the publishers: poor design and typesetting, printed single colour and terrible paper. I wanted more. So, I sold it myself. To this day, I think we've sold in the region of 10,000 hard copies and a lot more digitally. Of course, the book is now out of date and out of print. I'd like to think I have a second edition in me. Maybe one day.

Following the success of the book, other peers in the industry approached me and asked if I would publish their book as they loved that we prioritised the design and production values of the printed books, and that we also did a more profitable split of revenues with the author. Emma and I became accidental publishers on that day. Five Simple Steps continued for the next five years until we closed the doors. We're both proud of what we built there.

I'd watched the Tour de France for as long as I could remember. Even when it was broadcast in what seemed like ten minute slots on the new TV channel in the UK back in the early 1980's. For some reason, though, I never joined a bike club when I was a child opting, instead, for a decade-long relationship with martial arts. Not until a couple of years after the birth of my eldest daughter did I decide to buy myself a road bike at the ripe old age of 36. There was initial enthusiasm but I was limited to riding out for an hour during the weekend.

Two years ago, I decided to take it seriously. I got a coach, booked a goal of riding the GF Ventoux in 2018. Last year, I rode for a week in Gran Canaria – including an ascent of the fearsome Valley of the Tears. A week in Majorca visiting some of the reputed climbs such as Sa Calobra. And in the middle of the season, I finished La Marmotte. I'm still undecided on next year's goals, but it's likely to include La Marmotte where I want to beat my time and perform a bit better up the Galibier.

I've always kept busy outside of working for a living. I continue to have healthy interests in lots of things: Bonsai, martial arts, cycling, training my dog, angling, role playing, cooking. These tend to ebb and flow throughout my life, sometimes demanding more time and attention than other things. Really, all they are are tools for trying to gain some balance. If I didn't get into these things, work would rule the roost.

Running a business or two ¶

As well as Five Simple steps, I ran a design agency for a little while. This started whilst I was working at the BBC doing a bit of freelancing on the side. At one point, I was doing the day job and coming home and sitting on the computer until midnight every day. Working weekends too. Something had to give, it was the day job. Within a couple of years, we were a team of 3, then 8. In 2014, Monotype came knocking on the door looking to acquire the studio for a modest sum to bolster their web tools strategy. At the time, I jumped at the chance. Not sure I would do the same now. It wasn't exactly a fun few years spent banging my head against corporate America. Still, you live and learn. Would I run another company? Probably. I think running businesses is like planning to have children. When it really comes down to it, it's never the right time and always the perfect time.